#TeamAMSOIL driver Brad Lovell is one of the lucky few who get to break-in the new Ford Bronco R at...

For the Lovells, the Bronco nostalgia runs deep. Twenty-five years ago, Brad Lovell and his brother Roger built a 1976 Ford Bronco with their father. They “refreshed” it for this year’s Expedition Colorado. Additionally, Lovell Racing’s 1968 Ford Bronco has won the NORRA 1000 three times (check out more on that here).

So, it’s no surprise that Lovell landed on Ford’s all-star roster of drivers to run its new Ford Bronco R prototype in this year’s SCORE Baja 1000. Six others will join Lovell as he takes to the desert this weekend to celebrate Rod Hall’s 4×4 win 50 years ago.

Off-road legend Hall and Larry Minor drove a first-generation Ford Bronco to a first-place finish in the 1969 Mexican 1000 – a feat no other 4×4 has since achieved. This year, his granddaughter, Shelby Hall, will accompany Lovell in driving the new Ford Bronco R prototype in honor of her grandfather for a stretch of the race.

The best of the best in the off-road world will accompany Lovell and Hall in their bid to conquer this grueling course up and down the Baja Peninsula in the new Ford Bronco. They include…

This roster of drivers will push the new Ford Bronco prototype to its limit and demonstrate the new production Bronco’s capability as well as honor Rod Hall’s historic win.

It took just six months to bring the Bronco R to life in a secret basement studio at Ford’s product development center in Dearborn, Mich. The desire was to create a race prototype with an overall heritage-inspired design that hints at what the upcoming Bronco will look like when it is launched this spring.

Below are some of the key characteristics of the new Ford Bronco R:

And, while some of the above-mentioned features are designed for the harsh conditions of Baja’s grueling 1000 miles, the Ford Bronco R also hints at a lot we will see in the upcoming production version.

“For the endurance needs of Baja’s 1000 grueling miles, we built in a limited number of race-focused parts. But even the twin turbos of the Ecoboost engine are representative of what the production Bronco will offer,” said Brian Novak, Ford Performance off-road racing supervisor.

Be sure to tune in to SCORE International’s Facebook page to watch all the action from the Baja 1000 live as Lovell and fellow #TeamAMSOIL member Bryce Menzies take to the desert.

“To bring back a legend, you test it like a legend.” Nos vemos en las carreras! 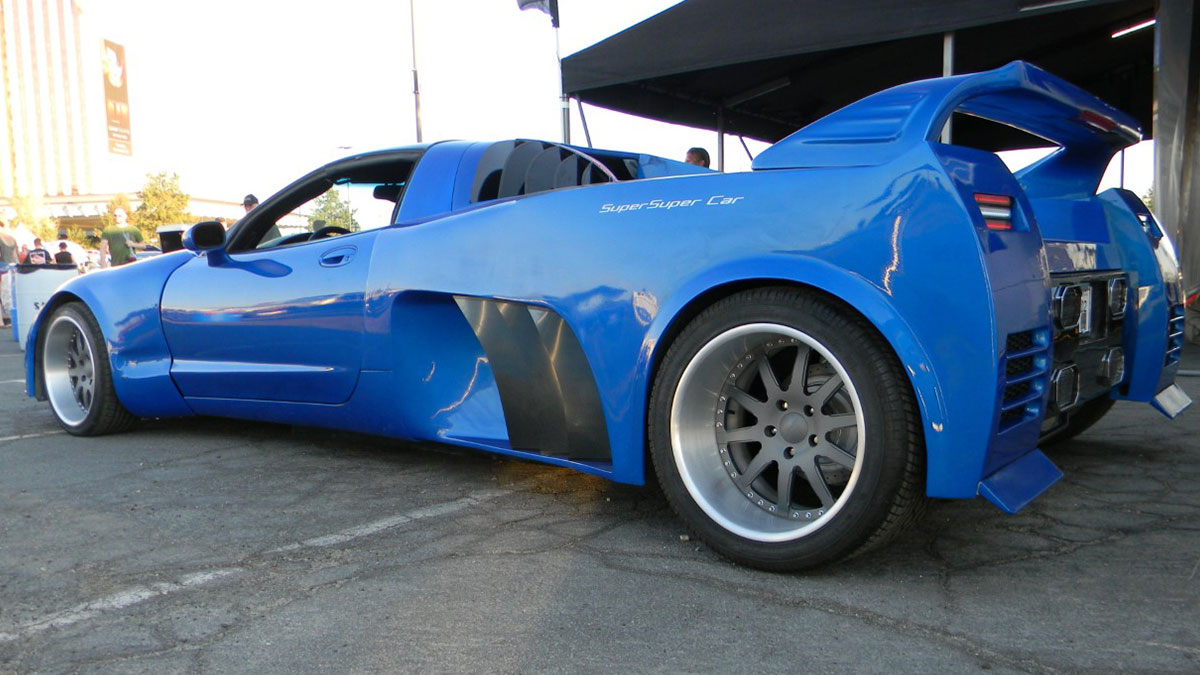 This twin-mid-engine Corvette, dubbed the "Super Super Car," proves again that no one builds cars like Gordon Tronson.
August 23, 2021