The physical properties of lubricants include important characteristics like viscosity, shear stability, high- and low-temperature performance, water resistance and volatility.... 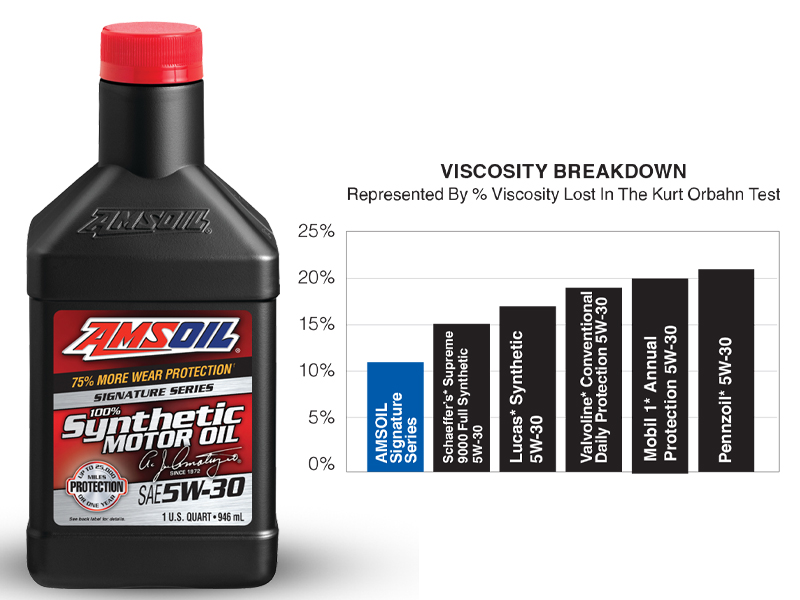 The physical properties of lubricants include important characteristics like viscosity, shear stability, high- and low-temperature performance, water resistance and volatility. Lubrication science seeks to optimize a lubricant’s performance by managing these properties through the use of different base oils and additives. Of the fundamental physical properties, viscosity – the measure of the internal friction of a liquid, or its resistance to flow – is one of the most critical.

To help visualize differences in viscosity, think about how honey and water flow when poured. Water runs fast and easy while honey flows thick and slow. The contrast is due to their different viscosities. What causes that difference? When external forces such as gravity act on a fluid, the molecules within the fluid begin to move against each other, resulting in molecular-level friction that resists flow. The greater the internal friction, the higher the viscosity of the fluid. How the viscosity of a fluid reacts to changes in temperature, pressure or speed determines how well a fluid can perform the basic functions of a lubricant.

Viscosity is an important characteristic to consider when determining which fluid is most suitable for an application. If viscosity is too low, friction between mating components generates heat and excessive wear. A viscosity that’s too high can cause heat, increased energy consumption and a lack of lubrication as the fluid may not be able to pass through small passages as readily.

A lubricant’s viscosity range is often reported by using a grading system such as those established by the Society of Automotive Engineers (SAE) or the International Organization for Standardization (ISO). Requirements for gasoline and diesel motor oils have been set forth in the SAE J-300 Engine Oils Viscosity Classification and the American Petroleum Institute (API) Service Classification.

Knowing that a fluid’s viscosity is directly related to its ability to carry a load, one would think that the more viscous a fluid, the better it is. However, use of a fluid with a higher-than-recommended viscosity can be just as detrimental as using an oil whose viscosity is too low.

Using lubricants with inadequate viscosity for the application may lead to the following issues:

Using lubricants with too high a viscosity for the application may lead to the following issues:

The key is to select a fluid with a viscosity that is not too low or too high. The viscosity of an effective lubricant must be adequate to keep moving parts separated under normal operating temperatures, pressure and speed.

Lubricant base oils thicken as they cool. As their temperature continues to drop, they eventually solidify. This thickening increases the lubricant’s load-carrying capabilities, but its ability to circulate becomes significantly impaired. On the other hand, fluids thin when heated, decreasing their ability to carry a load and prevent metal-to-metal contact.

Proper viscosity for the intended application is critical to ensure that forces applied to the oil do not result in increased component wear. Applying extreme pressure to oil can lead to mechanical shear, which lowers the film strength and leads to metal-to-metal contact and wear. However, viscosity that is too high can cause oil starvation by not flowing through small oil passages. Optimizing viscosity ensures oil can circulate properly and provide adequate film strength on components.

Whether the application is a grease-filled bearing or oil-filled gearbox, one must consider the lubricant’s optimal viscosity based on the application’s running speeds. As speed increases, components may require a lower-viscosity oil to operate efficiently.