Synthetic oil allows for lower viscosity without compromising wear protection and better cold-flow, both of which improve fuel economy. Increasing fuel economy remains a top priority for most automakers, and use of synthetic oil is just one of the many tools in their arsenals to build vehicles that deliver the power we crave without sucking too much gas.

So, how does synthetic oil increase fuel economy compared to conventional lubricants? Let’s find out.

For a deeper dive, read Synthetic vs. Conventional Oil: The Definitive Guide

The lower the oil’s viscosity – defined as its resistance to flow – the more readily it flows.

Imagine a jar of honey and a glass of water. Stirring water with a spoon requires less energy than stirring honey. The same principle applies to your engine and motor oil.

Lower-viscosity oils are easier to pump through the engine and offer reduced resistance to moving engine parts, increasing fuel economy.

Why do synthetics offer an advantage in reducing motor oil viscosity?

Formulating a 0W-XX motor oil using only conventional base oils is extremely difficult, if not impossible.

Formulators can achieve the 0W rating, but the oil will vaporize more readily at higher temperatures. It’ll also fail other required industry tests.

Simply put, formulating lubricants is a give/take, and conventional base oils don’t provide near the performance as synthetics. This requires formulators to give up too much required performance in one area to gain it in another.

Since they don’t contain waxes, which are inherent to conventional oils, they don’t thicken as much when your vehicle sits overnight. In the morning, when you start your vehicle and drive away, the motor oil, transmission fluid and gear lube don’t require as much effort to circulate.

This results in less wasted energy and improved fuel economy.

It’s important to note that “cold” doesn’t only apply to us northern folks. “Normal” operating temperature for a vehicle can be up to 235ºF (113ºC). Anything below that is considered “cold” to your engine.

So, even down south at the height of summer, synthetics’ improved cold-flow can still help improve fuel economy.

Why pay more for gas? Switch to synthetics to maximize your mpg. 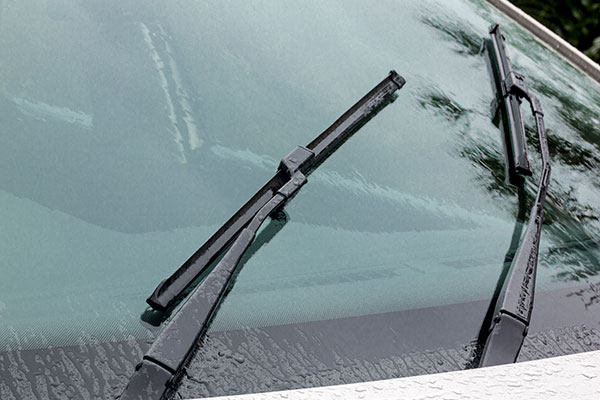 Windshield wiper chatter is not only annoying, but it can leave your windshield with smears and streaks that compromise your...
August 2, 2022