Winter is upon us in most of the country, and with it brings the makings of outdoor memories made only... Winter is upon us in most of the country, and with it brings the makings of outdoor memories made only in the snow. Aside from skiing, ice fishing and forming snowmen and angels, snowmobiling is usually at the top of the list when it comes to winter fun. After reviewing the trail offerings of the Midwest region, it’s time to take a look out east to the winter wonderland that welcomes snowmobilers old and new alike each year.

The state of Pennsylvania offers nearly 6,000 miles of marked trails, but the best of them can be found in the northwestern Poconos Mountains region. Situated on both state park and state forest lands, riders can weave throughout the pine forests and catch lake views along the way. Whether you’re an expert or beginner, there are trails suitable for both. There are even resorts and rental locations that offer sled and equipment to guests who didn’t bring their own. Check out more on what the Poconos Mountains region has to offer here.

The Adirondack Mountain region is where it’s at for snowmobiling in the state of New York. The route possibilities are endless, with several surrounding towns and cities equally capable of hosting your best-ever sled ride. We found this handy website, complete with links and info, to help you plan a snowmobile adventure with everything you’re looking for along the way. Located in the central region of the Adirondack Mountains, Old Forge is hailed as the Snowmobile Capitol of the East by many. They have a storied history in recognizing the snowmobile industry potential early on, envisioning the now-organized trail system long before anyone else and embracing the culture with annual winter events that draw thousands. Their annual Snofest is where Ski-Doo, Yamaha, Polaris and Arctic Cat unveil their upcoming-year models and offer test rides to the public. Check out everything (and we mean everything) there is to know about Old Forge and start planning your winter adventure right here.

The Tug Hill plateau is known for massive amounts of lake-effect snowfall, which we here in Wisconsin are plenty familiar with. They average more than 200 inches annually just west of the Adirondack Mountains. Tug Hill is also home to the Sportsmen Bar & Grill, voted Best Individual Stop by SnoGoer Magazine readers and only accessible by snowmobile in the winter months. Find food, lodging and trail maps here.

For such a small state, New Hampshire delivers big snowmobiling potential. New Hampshire offers more than 7,000 miles of groomed trails that lead any direction you wish to go. Locals are well-versed in hosting winter enthusiasts looking to reconnect with nature in this part of the country. Find full trail maps, conditions and trails throughout the state here. New Hampshire’s most popular getaway region in any season, here is where snowmobilers can leave the world behind for a trip coined “Ride the Wilds” found only in N.H. Free-roaming wildlife and vast forest and lake terrain offer some of the best views along the East Coast. Check out this neat interactive snowmobile map to help you start planning.

Pittsburg, N.H., is another little-known secret with big praise from those who’ve been there. More than 200 miles of groomed trails are meticulously maintained by a dedicated snowmobile club with members from all over the country. Trails connect to Maine, Vermont and Canada, so route possibilities are endless. Make sure you hit the top of Diamond Ridge, which offers sweeping views of the Connecticut Lakes region. The Pittsburg Ridge Runners Snowmobile Club website is a wealth of information from those working daily to maintain this snowmobile hub.

The northernmost state in the continental U.S. is home to a trail system that spans more than 14,000 miles. The primary trail system is known as the Interconnected Trail System (ITS) and runs 4,000 miles while connecting with many of the state’s additional 10 Aroostook County (AKA ‘The County’)

The largest and northernmost county in the U.S. draws throngs of snowmobilers to a remote location for an outstanding sled ride that’s worth the time it takes in getting there. Readers of Snogoer Magazine rate this in the top 10 of national snowmobile destinations, and for good reason. Connected to the ITS, many trails are converted railroad beds that weave throughout rolling hillsides with local residents and businesses catering to winter enthusiasts. You can even head international with numerous trails leading into Canada. Here’s a link with everything you need to get there.

Thanks to its high elevation, Jackman is the first place in Maine to welcome winter snowfall and the last to bid it adieu. Part of the ITS, Jackson/Moose River region trails lead anywhere you want to go in the state and into Canada with picturesque mountain views. Locals and returning tourists call this one of the best kept secrets in Maine snowmobiling, but the secret is rapidly spreading. Find out why Jackman refers to itself as the “Switzerland of Maine” and start planning here.

While technically not part of the East Coast, we’d be remiss to exclude a mention (or two) of our Canadian neighbors from this list. With trail access from both New Hampshire and Maine, sledders can easily take their adventures international. Bring your passport and head for these hot spots just north of the border.

Here’s a great blog article on one writer’s memorable experience making his way through Presque Isle, Maine to Grand Falls, N.B. It illustrates why ‘The County’ region in Maine sets the standard in snowmobiling.

Here’s everything you need to know about crossing into Canada from New Hampshire.

Photos courtesy of On Snow Magazine

How Do I Switch from Conventional to Synthetic Oil?

You don't need to do anything special before you switch to synthetic oil after having used conventional oil.
May 11, 2022

Ensure your sled is protected all summer long and ready to go when the snow flies again.
March 11, 2022 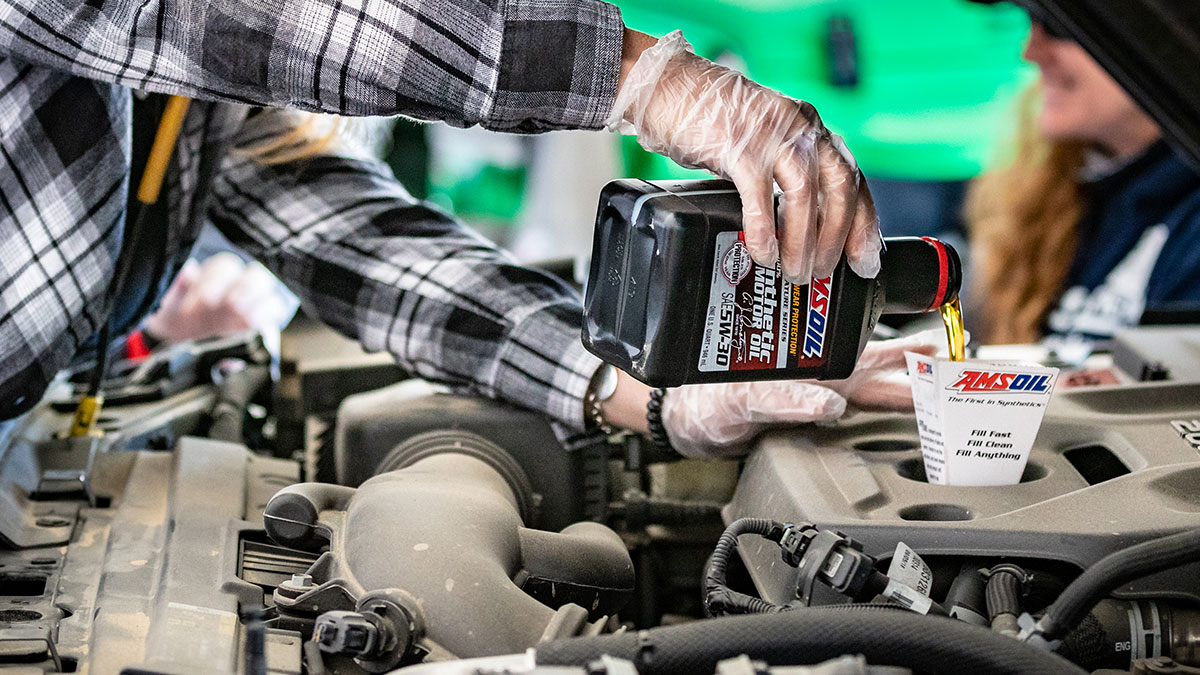 Can I Mix Synthetic and Conventional Oil?

While it's safe to mix synthetic and conventional oil since they're compatible, here's why it's best to avoid it.
February 17, 2022