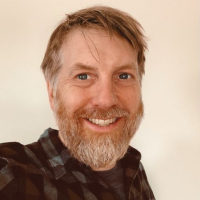 Brad Lovell will be inducted into the Off-Road Motorsports Hall of Fame Oct. 30, 2022.

The Hall of Fame

Brad Lovell entered his first rock-crawling competition in 2004. Now, almost two decades later, Lovell has proven himself to be one of the most successful and versatile off-road racers in history.

The championship-winning rock crawler adapted to win championships in Ultra 4, short-course and off-road desert racing. In all, Lovell has amassed nine season championships and more than 35 race victories, which earned him the honor of Dirt Sports Racer of the Year in 2012.

He’s also taken that versatility into trophy trucks, taking to the desert to compete in events like the Mint 400 and Baja 500. In 2020, Lovell claimed the Every Man Challenge title at King of the Hammers, solidifying his status as one of the best in the sport.

This month, Lovell is officially assuming legend status as an inductee into the Off-Road Motorsports Hall of Fame. But don’t expect the new title to put Lovell into retirement mode. Experience brings certain advantages – and Lovell hasn’t lost his drive to win races.

Road to the Off-Road Life

Lovell’s accomplishments are a mix of luck and determination. His passion for off-road exploration was sparked in childhood, while bouncing around with his brother Roger in the back of his dad’s Ford Bronco* in the Colorado Rockies. As he grew up, that passion turned into a career fueled by skill, creativity and work ethic.

“I remember when I was a kid watching the Baja 1000 and thinking, ‘That’s the coolest thing, but how do you do that?’” said Lovell.

“I got into off-roading by going to the Colorado Rockies camping. My dad had a Bronco that he’d tow with. My brother and I always wanted to go further and take tougher trails. He was smarter about it and wouldn’t always do it, but that planted a seed.”

When the brothers reached high school, Roger purchased his own Bronco and they started to explore further, testing their own limits for the sheer joy of it. “We got really good at it,” said Lovell, “but we were just in a microcosm and had no idea.”

After college, Lovell took a job as an engineer that allowed him to purchase a Ford Ranger* and turn it into a competition vehicle. In 2004, The brothers took it to their first rock-crawling competition, the U-Rock St. George, and won.

“We won the rest of the events that season, four events,” said Lovell. “We went to U-Rock Super Crawl. We ended up coming in second. It was like, ‘Wow, what a year!’”

Lovell went on to win six rock-crawling championships, and aside from being exceptional at it, he loved it.

“It has that sense of achievement and it all stems back to just being competitive and going out recreationally on trails and seeing what you and your vehicle can do,” said Lovell. “And that surged and overflowed in competitive rock crawling for a number of years.” But Lovell’s drive and energy couldn’t be contained by rock crawling forever, and he started to eye other avenues for competition. In 2010, the team turned their focus on the then-premier short-course off-road series, TORC, and joined the Pro-Light field. But Lovell only stood on the podium once that first season.

But he did adjust and went on to win championships. Lovell raced short-course for eight years, but the team never stopped competing in rock crawling, King of the Hammers and hill climbs.

“We never specialized,” said Lovell, “and I guess we logistically learned how to handle a race like the Baja 1000. It’s very difficult to do those things together. There was more in the desert that we wanted to take on.” Given his thirst for adventure, it’s no surprise that the desert eventually pulled Lovell in. It encompasses every kind of off-road challenge in remote, harsh landscapes miles from anywhere. In 2006, Lovell decided to tackle the Baja 1000. He would go on to win the Baja Wide Open class six times.

“With Baja, it’s the Wild West,” said Lovell. “The chaos and the dust; you can’t see. And there’s people trying to get you to go the wrong way just to cause more chaos. It blew my mind. It’s the pinnacle of off-road racing. It’s real adventure.”

A wealth of knowledge, history and equipment comes into play to succeed at Baja. “The winner needs a pretty clean race,” Lovell added. “But everyone behind them – they’re using resources on the peninsula. It’s pre-running – how to get hotels before they’re sold out. All those things. It’s a different science.” King of the Hammers

King of the Hammers is recognized as America’s toughest off-road event – and winning it is one of the most prestigious accomplishments in racing.

The 200-plus-mile course is a brutal test that wreaks havoc on drivers and machines. It traverses some of the gnarliest terrain in the sport, combining off-road racing and rock crawling throughout Means Dry Lake in Johnson Valley, California. But Lovell savors the challenge.

“I love the texture of it all with King of Hammers. There are times in the truck, at least for me, where it’s frickin’ scary or you’re bouncing around a lot,” said Lovell. “But I think what drives me at the end of the day is the idea that we’ve built this ourselves and we have something to prove, and we want to show the world that we have the capability to run with all these other teams that have become dynasties.” Brad Lovell at 2016 King of the Hammers.

Make no mistake; Lovell is a Ford Bronco* man. “We’ve always been a Bronco family,” Lovell says. “My dad had Broncos and we built a Bronco with him when I was in high school. We’ve always had that Bronco.”

In 2014, Lovell raced in his first NORRA 1000 with Boyd Jaynes in his 1968 Bronco. Teammate Chris Sullivan ended up in a bind after he crested a blind rise then rolled the Bronco while swerving to avoid a massive boulder.

After locals helped get it back upright, it was clear the Bronco was totaled. But the experience planted a seed in Lovell. A few months later, he found a 1968 Bronco for sale online for $8,500 and jumped at it.

“I found it while camping and I texted Roger and said, ‘We have to go get this!’” said Lovell. “The idea was to take all our old race stuff, put it in this Bronco and go have fun. It’s just like any project; it didn’t end up that way.”

The duo ended up putting in more time and money than planned, but when they were finished it was a full-on modern race Bronco.

“We barely got it done in time for the NORRA 1000,” recalled Lovell. “Roger was starting and tuning his shocks along the racecourse.”

But the brothers got the truck dialed in and it performed, winning its class three straight years on the Baja Peninsula.

“The Bronco has definitely generated some notoriety,” said Lovell. “Ford asked to put it in the studio for the development of the new Bronco. It sat side-by-side with clay models in the design area there. That courtyard is where the original Bronco underwent the same design process. That makes that Bronco worth something.” Focused on the Future

It’s hard to imagine a more storied off-road career than Lovell’s, and induction into the Off-Road Motorsports Hall of Fame makes that official. While he acknowledges and appreciates the honor, Lovell is clear on one thing: He’s not done yet.

He’s already looking past the award to his next set of goals and is determined to stay at the top of his game by focusing on strengths in skill, strategy and endurance.

When Lovell won the Dirt Sports Driver of the Year a decade ago, he felt a little lost without another goal behind it. “It’s kind of like, ‘Hey, I made it,’” he explained. “And it takes away that ferocity that you need to make you push harder than you would otherwise push.”

So, Lovell is treating this award differently. “This is another wild and crazy dream of mine to get into the Hall of Fame. It’s an honor. It’s not a trophy; it’s not a juicy motorsports sponsorship. It’s dignity—and transcends all those things. I’m very proud of it,” said Lovell. “But I still want to race.”

Lovell says he intends to use his Hall-of-Famer status as a platform to race the events he enjoys most and promote the message he cares the most about, responsible off-road enjoyment.

“I think it will help over the coming years to focus on what I want to do,” he said. “Because we’ve proven it.”