Richard Nyguist, of Manheim, Pa., is the epitome of a Volkswagen enthusiast. He’s owned several cars from the German automaker,... Richard Nyguist, of Manheim, Pa., is the epitome of a Volkswagen enthusiast. He’s owned several cars from the German automaker, including a Mark 1, several Mark 2s and the rare Golf* GTI 337 edition, of which only 1,500 were sold in the United States.

Currently, Nyguist owns a 2004 VW R32 equipped with a 3.2L V-6. VW only sold 5,000 R32s in the U.S., and that was only after enthusiasts petitioned the company to make the car available stateside.

“It’s kind of Volkswagen’s version of a rally car,” said Nyguist. “It has nice leather sports seats that were only available in that car, a special steering wheel, dash, exhaust system…all those good things,” he said. But the all-wheel drive is the key that unlocks the car’s potential.

The car makes 240 hp and hits 60 mph in about six seconds. “Back in 2004, that was pretty solid,” said Nyguist. “Today, your 2.0L turbos are going to be pushing 300 hp, but the naturally aspirated V-6 is such a pleasure to drive,” he said. “You have the full powerband at your fingertips – it’s an extension of yourself.” 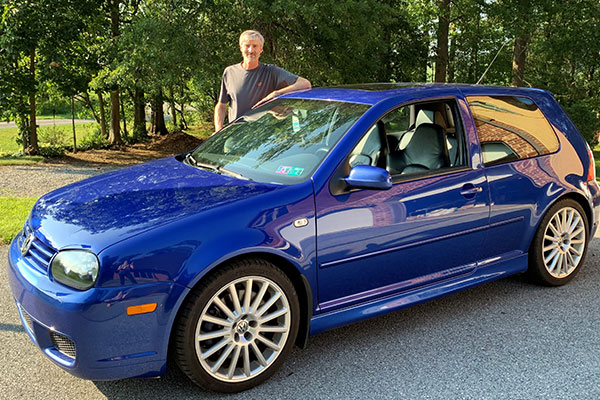 Though Nyguist says the car is no “rocket ship,” it’s perfect for his driving style. “I come from Scotland,” he said. “We’re used to passing other cars and twisty, turny roads. To jump on the highway and see how fast you can go – that doesn’t do anything for me. Twisty, turny roads, shuffling and dicing on the gears, getting the revs just right and getting g-force on the corners is fun driving to me.”

Nyguist has used AMSOIL 5W-40 Synthetic European Motor Oil since the car was new. “In the early days, it was serviced under VW’s new-car service agreement, and I took the oil with me and told them, ‘This is the oil that’s going in it.’” He changes oil about every 12,000 miles (19,300 km).

Nyguist originally used AMSOIL products because finding a 5W-40 in his area proved difficult in 2004. Plus, a friend had been practicing extended drain intervals with AMSOIL synthetic motor oil and oil analysis, which appealed to Nyguist since extended drains have been common in Europe for years. “I was looking for that longer change interval, and I definitely wanted synthetic,” he said.

AMSOIL motor oil has performed flawlessly in the engine ever since, which recently hit 300,000 miles (482,800 km). Recently, the front differential failed, which required extensive work to repair. Nyguist had also noticed his engine was wet from oil. “It wasn’t leaking profusely or dripping, it was just wet,” he said. “And we’d never done the timing chains, which a lot of people change at 100,000 miles (160,934 km) or even less.”

So, while repairing the differential, his mechanic pulled the engine apart and changed the timing chains and head gasket. What he saw inside surprised him. 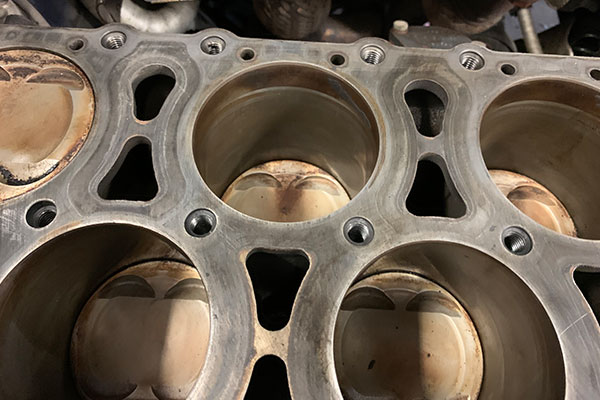 Above: After 300,000 miles (482,800 km), the cylinder head contained virtually no sludge or varnish, while the cylinders appeared in excellent condition.

No plans to part with his R32

Nyguist has no plans to part with his R32. “It’s a keeper for me,” he said. “It’s in fabulous condition. I’ve seen other R32s that have half the mileage, and they look terrible,” he said.