The simple answer: No. In fact, there are wide performance differences between base oil group categories. Generally speaking, Group IV... 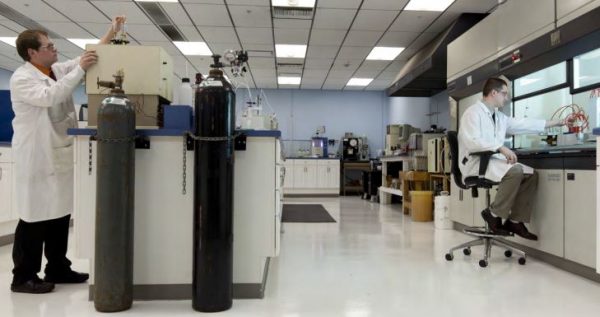 No. In fact, there are wide performance differences between base oil group categories. Generally speaking, Group IV base oils offer the best performance, Group III second best, and so on in reverse order. But be forewarned – there are exceptions. And, you can’t judge motor oil performance solely on base oil type.

You must take into account its entire formulation, including the additives.

To ease your study of the topic, we’ve broken it down into the following common questions:

What are the different base oil groups?

The American Petroleum Institute (API) developed a classification system for base oils that focuses on the paraffin and sulfur content and degree of saturation of the oil. The saturate level indicates the level of molecules completely saturated with hydrogen bonds, leaving them inherently un-reactive.

There are five groups in the classification system, ranging from Group I – Group V:

Group I base oils are the least refined of all the groups. They are usually a mix of different hydrocarbon chains with little uniformity. While some automotive oils use these oils, they are generally used in less-demanding applications.

Group II base oils are common in mineral-based motor oils. They have fair-to-good performance in the areas of volatility, oxidation stability, wear prevention and flash/fire point. They have only fair performance in areas such as pour point and cold-crank viscosity.

Group III base oils consist of reconstructed molecules that offer improved performance in a wide range of areas, as well as good molecular uniformity and stability. Manufacturers can use these synthesized materials in the production of synthetic and semi-synthetic lubricants.

Group IV base oils are made from polyalphaolefins (PAO), which are chemically engineered synthesized base oils. PAOs offer excellent stability, molecular uniformity and improved performance.

Group V base oils are also chemically engineered oils that do not fall into any of the categories previously mentioned. Typical examples of Group V oils are esters, polyglycols and silicone. As with Group IV oils, Group V oils tend to offer performance advantages over Groups I – III. An example of a mineral-based Group V exception is a white oil, a very pure lubricant used in industries ranging from cosmetics to food processing.

In general, yes. Unlike your food, which generally gets less healthy the more it’s processed, base oils offer improved performance as the level of refinement/processing increases.

But there are side cases that smash that rule of thumb. Some motor oils made from Group III oils can outperform some Group IV motor oils. That’s because the final formulation is a function of the base oils and additives working in tandem. Like base oils, additives come in a range of qualities. So you could have a Group III oil with top-shelf anti-wear, anti-oxidant and other additives that outperforms a Group IV motor oil, even though Group IV base oils provide more pronounced benefits than Group III base oils. The point is, a motor oil can’t be judged solely by its base oils – you need to take the entire formulation into account.

Then we have the Group V category, which is a sort of catch-all for anything that doesn’t fit into the other four groups. In fact, some Group V oils are completely unsuitable for automotive use.

Are Group III base oils “synthetic?”

Yes, in most countries anyway.

A true definition for the term “synthetic oil” has been difficult to reach, although it has generally been accepted that the term represents those lubricants that have been specifically manufactured for a high level of performance. Group III base oils with very high viscosity indices can be called synthetic oils in most countries.

Historically, it was widely accepted that only Group IV base oils made from PAOs were true “synthetics.”

A famous lawsuit between Mobil and Castrol changed that. Mobil charged that Castrol was falsely marketing its Syntec motor oil as a synthetic oil although it wasn’t made from PAO base oils. Mobil’s claim was based on results of independent lab testing that showed samples of Syntec it obtained as early as December 1997 contained 100 percent mineral oil.

The two sides battled it out, but in a landmark 1999 ruling, the National Advertising Division of the Council of Better Business Bureaus ruled that Castrol Syntec, as then formulated, was a “synthetic” motor oil.

Debate raged then, and still rages today. You can find all kinds of purists populating Internet forums who refuse to recognize Group III oils as “synthetics.” For them, it’s PAO or nothing.

Try not to get caught up in the “my-base-oil-versus-your-base-oil” cage match. The base oils that go into the oil aren’t as important to your engine as the performance that comes out of the oil. Look for motor oils that offer performance claims backed by industry-standard testing or real-world results. That’s what’s really important.

If you really need to know which base oils a formulation uses, you’ll have to do some investigative work since oil companies protect that information as proprietary.

For details, check out this post: How Much “Synthetic” Is In My Oil?

Are synthetic base oils magic?