What Does Motor Oil Do?

The primary functions of motor oil are to reduce wear and friction. But motor oil must do more than that... 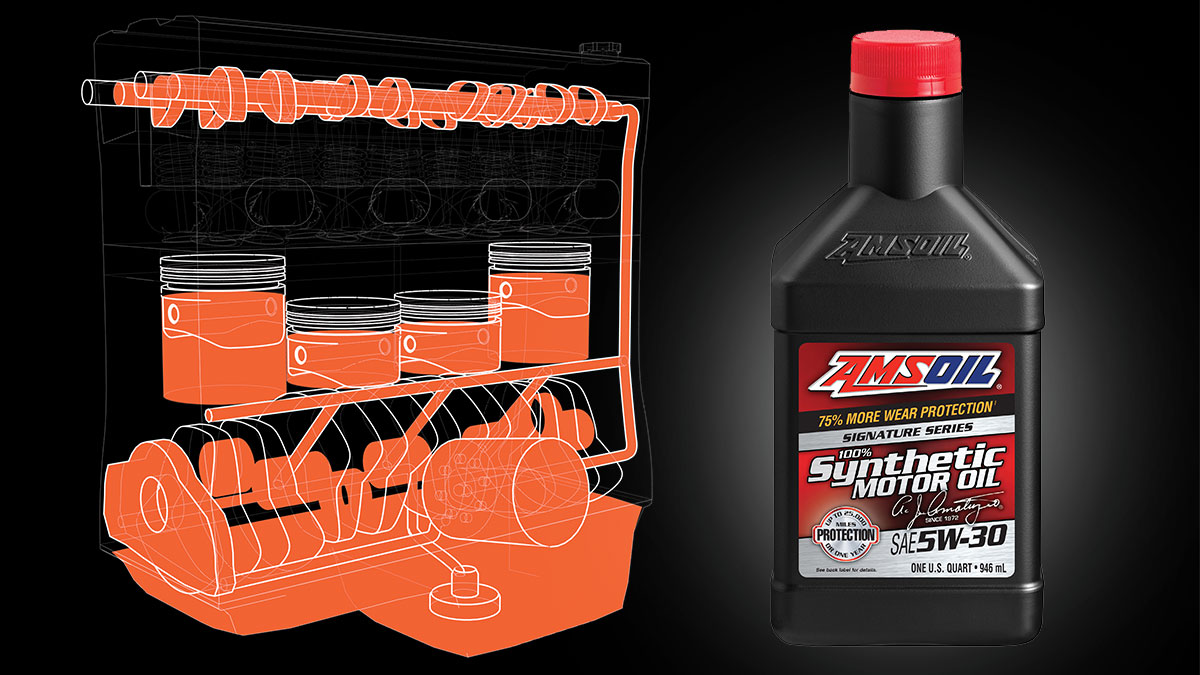 The primary functions of motor oil are friction reduction and wear reduction, but motor oil also plays other important roles in your engine.

To better understand what motor oil does, it’s important to understand why it’s used, the different modes of lubrication and what specific applications require lubrication.

The most common and essential function of motor oil is to minimize friction and wear between components.

Lubricants form an oil film on metal surfaces to reduce friction. Reduced friction prevents heating and abrasion on the friction surface, such as engine bearings (shown below).

To maintain internal cleanliness, motor oil suspends contaminants within the fluid and prevents contaminants from adhering to components.

Base oils possess a varying degree of solvency that assists in maintaining internal cleanliness. Solvency is the ability of a fluid to dissolve a solid, liquid or gas.

While the solvency of the oil is important, detergents and dispersants play a key role.

Detergents are additives that prevent contaminants from adhering to components, especially hot components such as pistons or piston rings.

Dispersants are additives that keep contaminants suspended in the fluid. Dispersants act as a solvent, helping the oil maintain cleanliness and prevent sludge formation.

Reducing friction minimizes heat in moving parts, which lowers the overall operating temperature of the equipment.

Lubricants also absorb heat from contact surface areas and transport it to a location to be safely dispersed, such as the oil sump.

Heat transferability tends to be a trait of the base oil’s viscosity – lighter oils tend to transfer heat more readily.

Motor oil acts as a dynamic seal in locations such as the combustion chamber. It helps seal the piston rings against the cylinder wall to prevent hot exhaust gases from contaminating the oil and to maximize engine compression.

A good seal also helps keep oil out of the combustion chamber to reduce oil consumption.

Another primary function of motor oil is to cushion the blow of mechanical shock.

A strong lubricant film can resist rupture and absorb and disperse these energy spikes over a broad contact area. As the mechanical shock to components is dampened, wear and damaging forces are minimized, extending the component’s overall operating life.

A great example of motor oil dampening shock is in a motorcycle transmission. If the oil loses viscosity and fails to form a strong, thick film on gears, it can lead to loud, clunky shifts. An no rider wants that.

A lubricant must have the ability to prevent or minimize internal component corrosion.

To accomplish this, the oil either chemically neutralizes corrosive products or creates a barrier between the components and the corrosive material.

If corrosion or rust do form, contaminants can flake off and populate the oil, where they circulate through the system and scour metal bearings and other components.

Then it’s only a matter of time until something wears out and requires fixing.

Because lubricants are incompressible, they can act as an energy-transfer medium, such as in hydraulic equipment or valve lifters in an automotive engine.

Variable-valve-timing systems in many newer engines also use the motor oil as a hydraulic fluid to actuate components. It’s vital that the oil remains clean and retains viscosity to adequately fulfill this role.