What is a Lead Substitute (and Do I Need One)?

Engines built in the 1960s and earlier with leaded gasoline in mind can benefit from a lead substitute to help... 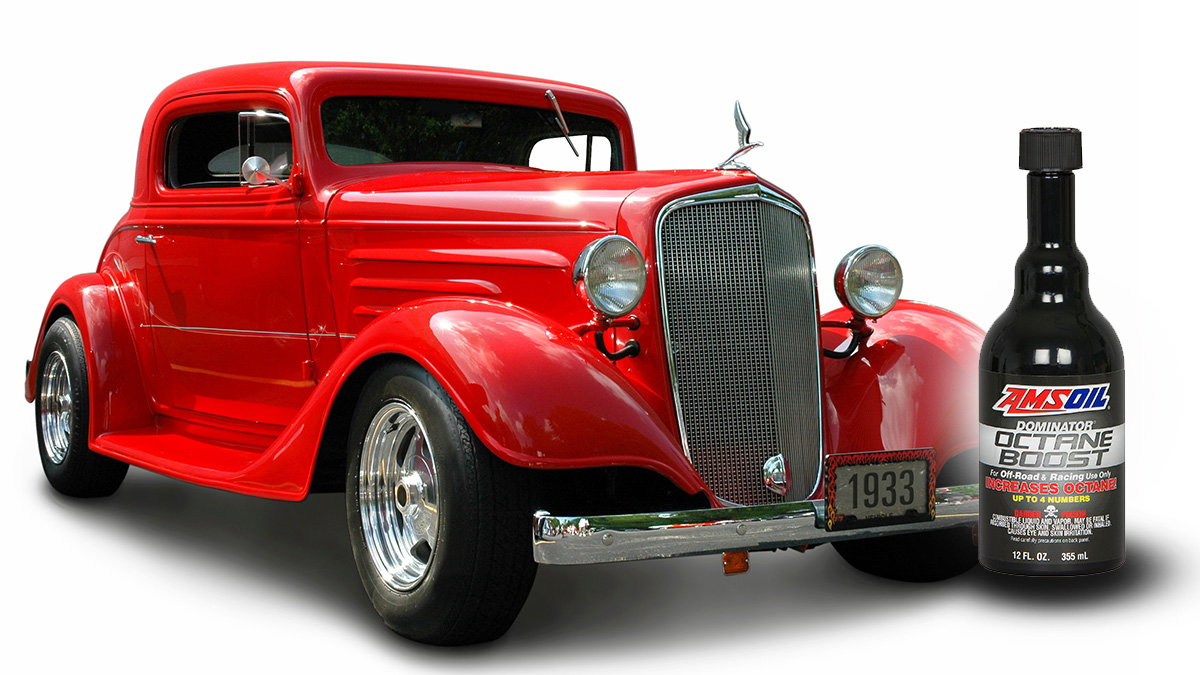 Classic-car owners sometimes ask if they need to add lead substitute to their gasoline. For decades, Tetraethyllead was added to gasoline to reduce engine knock and help prevent valve-seat recession. Once lead’s negative effects became clear, regulators began phasing it out in the 1970s. But, what about classic-car engines from the 1950s and 1960s that were built with leaded gasoline in mind? Do they require a lead substitute?

Why lead was added to gasoline

First, let’s look at the primary reasons lead was added to gasoline in the first place.

Gasoline’s octane rating indicates its ability to withstand compression before igniting. During operation, the piston travels up the cylinder and compresses the fuel/air mixture in preparation for ignition. Compression heats the mixture to help it ignite more easily and burn more completely. Compressing the fuel/air also maximizes the volume packed into the cylinder, which boosts power and efficiency. All other factors being equal, that’s why engines with higher compression ratios typically put out more power.

If the compressed, heated gasoline reaches its ignition point too soon, however, it will auto-ignite prior to the spark plug firing. This disrupts engine timing, reduces power and can damage the engine. It’s important to use gasoline with the correct octane rating for your engine to avoid pre-ignition. Higher-compression engines require higher-octane gas.

Chemists discovered in the 1920s that Tetraethyllead added to gasoline was a cost-effective solution to pre-ignition and helped engines run better.

Lead also emerged as an effective way to protect against valve-seat recession, which can occur under high-rpm, high-heat, high-load conditions.

As the intensely hot exhaust valve hammers against the valve seat thousands of times per minute, the two components can momentarily fuse together in a process called “microwelding.”

Once the valve opens, the microweld tears apart. Multiply this by thousands of times and the valve seat deteriorates until the valve no longer seats properly. This leads to compression and power loss, in addition to catastrophic failure if the valve breaks off.

By the mid-1970s, we’d become aware of lead’s negative effects on human health, the environment and automotive catalytic converters. As regulators began working to eliminate lead from gasoline (and other products), engineers began designing engines with unleaded gas in mind. To combat microwelding, they used hardened valve seats, which are more resilient to valve recession.

That’s great for engines of that era and today, but what about your classic car engine that was built prior to widespread use of hardened valve seats?

To solve the problem, many enthusiasts add a lead substitute to their gasoline. Lead substitutes contain chemicals that form a sacrificial layer to inhibit microwelds and protect valve seats; they’re easy to find at any parts store or online.

Do I need a lead substitute?

This is one of those garage debates that never seems to get settled, like the debate over the best motor oil brand or whether you should flush an engine with high miles.

For starters, if you’ve rebuilt the motor or done work to the cylinder heads, it’s likely that hardened valve seats were used, which means a lead substitute isn’t necessary.

However, if the engine is original and uses stock valve seats (i.e. non-hardened), we recommend using a lead substitute for added protection.

This is especially true if your operating conditions border on “severe” territory. For a cast-iron, high-compression-ratio engine of that era, it doesn’t take much to wind up the rpm, turn up the heat and operate in conditions that promote valve-seat recession. Using a lead substitute offers peace of mind that your classic is protected.

So, which lead substitute should you use?

It’s no secret that we suggest AMSOIL DOMINATOR Octane Boost.

It contains a healthy dose of MMT (Methylcyclopentadienyl manganese tricarbonyl), which is a metallic additive that creates a sacrificial barrier on valve seats to help prevent recession and keep your engine running strong. It’s excellent as a lead substitute.

Not only that, as its name suggests, it boosts octane up to four numbers, which is just as important in older high-compression engines that were made with leaded gas in mind. It increases engine response and power in all two- and four-stroke gasoline-fueled engines. Just one treatment reduces engine knock, improves ignition and helps fuel burn cleaner.