What Is A Rat Rod, Revisited

What is a rat rod? Simply put, it's a blue-collar hot rod. But, as Rat Rod Magazine Editor-in-Chief Steve Thaemert... 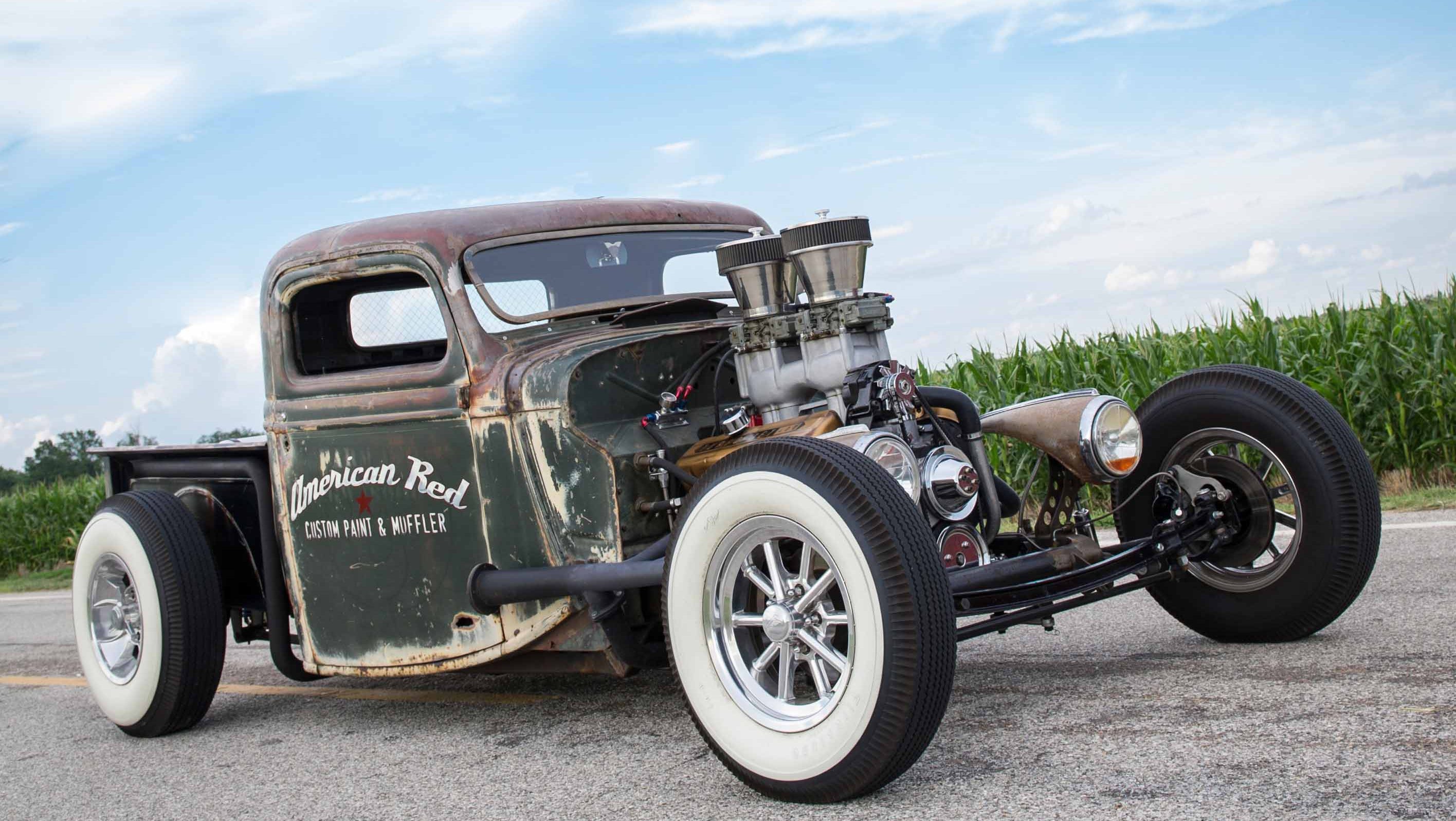 Way back in Rat Rod Magazine, issue #4, I attempted to answer the question of all rat rod questions:

I am still to this day asked what a rat rod is at every event I attend – without fail.

More from laziness than from a real need to “shorten my answer,” I began simply telling people that a rat rod is in fact a blue-collar hot rod.

I like this simple, clear and direct definition. Of course, that answer doesn’t always satisfy everybody and I’m left spilling out my entire definition in its longest form anyway.

I thought it would be a good idea to revisit this discussion and share my thoughts now, three years later. (Like the rat rod scene itself, my thoughts and opinions have also continued to evolve.)

The fact that a rat rod is a blue-collar or working-class hot rod hasn’t really changed much in the past and probably won’t change much in the future.

You can argue about when and where the term “rat rod” was coined, who coined it and what they meant by it, but you can’t argue the fact that the rat rod scene has been driven by necessity.

I’ve said it before and I’ll say it again – I truly believe the rat rod spirit has been around since the birth of the automobile.

To me, a doodlebug (family car turned into a farm implement) was an early form of rat rod ingenuity. Maybe not the vehicle itself, but the thought behind it. Taking one thing and turning it into something entirely different because that’s all you have to work with is a common thread that runs through generations of build-it-yourselfers.

A true rat rod, as we know it, was obviously born much later and has evolved from a poor-man’s hot rod into a beast all its own.

Today’s rat rod is a mix of old and new, functional, affordable and most likely containing components from different years, makes and models.

Today’s rat rodder will showcase deformations, imperfections and those impossible-to-imitate signs of a vehicle’s life story. These scars may be everything from the original weather-worn and time-aged finish to bullet holes, to old body work or an exaggerated tear in the steel.

These imperfections paired with the aesthetics of raw welds, rivets, spikes, low chops and menacing stances combine to create the aggressive nature of the modern rat rod. The addition of huge, unique or nostalgic engines paired with creative exhaust work add to the dark design of what has become its own art form.

I like to describe the modern rat rod scene as “rockabilly meets heavy metal.”

No two rat rods are alike

The thing that continues to blow my mind is the fact that no two rat rods are exactly alike.

The only way to achieve an identical match would be to paint two cars the same, and that’s after having matched engines and wheels and the chop, etc. Good luck with that. It would be one hell of an accomplishment if you were trying to make it happen.

Rat rodders might build similar cars, but it’s those fine details that are always different. There are so many creative combinations, and so many ways to personalize your ride that the possibilities are literally endless. And when you throw in the one-off customizations, you’re bound to find something new with every rat rod in existence.

Build what you can with what you’ve got

One of the many rat rod myths that I combat on a regular basis is the “if it’s rusty it’s a rat” or “it’s not a rat if it’s not rusty” crap that is still common thinking.

I don’t think a rat rod should be labeled by its skin alone. There is so much more to the equation than whether it’s rusty or not, or whether it has a coat of paint. Was the car built within the “build what you can, with what you got” core of the rat rod spirit? Is it made up of mismatched parts? Is it driven? These things matter most to me, more so than if the car has paint or not.

If someone wants to paint their rat, I don’t judge them for it. It’s their build, their style and tastes, and I commend them for doing what they are proud of. I see some kick-ass rat rod paint jobs. Could be rattle-canned primer, could be a nice suede finish, could be a full-blown restoration-quality finish – I don’t care that much; it’s your creation.

On the other hand, I dislike paint a little bit, and here’s why: when you paint a car and cover up its original patina and blemishes, that visual history is gone forever. You will never get it back, EVER.

You can paint a car 30 times, change its color and repair its body, but you can never create 50-plus years of genuine age and you can never go back and reveal the historic markings of a car in its true form. It will never be the same once it’s painted.

The real message here, though, is that paint, or the lack there-of, doesn’t make a car a rat rod. It’s all about your personal touch as the builder, and the only opinion that matters is yours.

In fact, that might just be the modern rat rodder’s motto: don’t like it? Deal with it. It’s mine.

The one thing that I think every rat rodder needs to be conscious of is safety.

The rat rods being built today, in general, are much safer than they were even three years ago when we started Rat Rod Magazine. As the scene has grown, so has the attention to things that make a car safer. This is obviously a good thing – because it also means people aren’t afraid to DRIVE their rats, or they are building them with that purpose in mind.

The one thing I’ve always hated about trailer queens and showpieces is that they represent something I can’t relate to personally. This pristine, ultra-clean, big-dollar aura of perfection is nice when you’re trying to preserve something for a museum.

But to me an automobile has a soul, and to NOT drive it is like sentencing it to death.

Just my opinion of course, but I love to see old and unique cars on the road – of any genre.

What it all boils down to is this: you can complicate the definition and argue about its origins all you want, but in the end a rat rod is still a blue-collar, working-class hot rod.