Why are There Different Chainsaw Oil Mix Ratios? 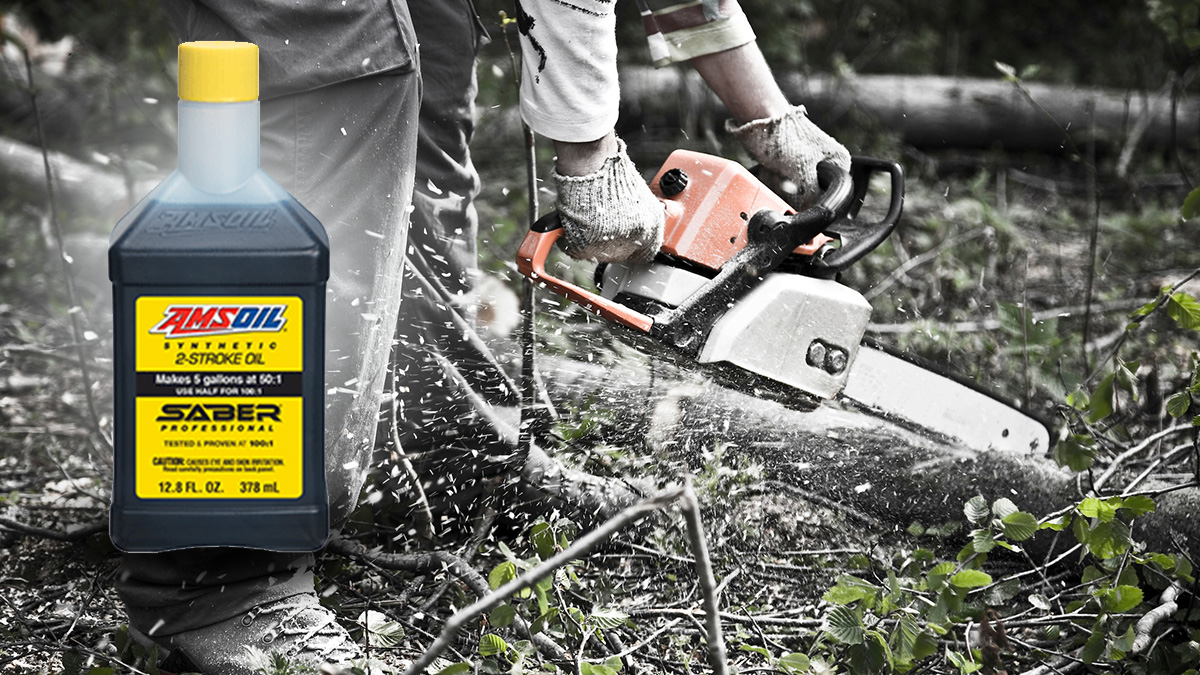 Most 2-stroke chainsaws recommend a 50:1 chainsaw oil mix ratio. But some recommend 40:1. Older two-stroke equipment might even call for 32:1. Untangling the different recommendations and mixing multiple containers of fuel is a hassle, particularly for professional landscapers who run several different pieces of equipment. In this post, we’ll explain chainsaw oil mix ratios, offer a solution to mixing multiple fuel cans and take a look at what we think is the best 2-stroke oil for your chainsaw.

Say your chainsaw manufacturer recommends a 50:1 fuel/oil mix. This simply means you need 50 parts of gas to one part two-stroke oil.

Two-stroke engines derive lubrication from the oil mixed directly into the gasoline, unlike your car engine, which lubricates itself with oil housed in an oil sump and circulated by an oil pump. Read more about the differences between two- and four-stroke engines here.

While most modern chainsaws and other equipment, like string trimmers and leaf blowers, call for 50:1, some call for 40:1 and even 32:1 in older equipment. If you have multiple pieces of equipment with different mix ratios, you have to mix and store multiple cans of fuel. That’s not only a hassle, it invites misapplication.

This scenario likely isn’t a problem for landscapers, loggers and other professionals who replace their equipment often due to heavy use. But plenty of homeowners still use older equipment that calls for a richer fuel mixture.

Life would be much easier if every manufacturer recommended the same mix ratio, right?

One two-stroke mix ratio for all equipment

AMSOIL SABER Professional Synthetic 2-Stroke Oil is tested and proven at any mix ratio up to 100:1.

Check out the video for details.

It should come as no surprise that we think it’s AMSOIL SABER Professional Synthetic 2-Stroke Oil since this is the AMSOIL blog, after all. But we know you want proof, not empty claims.

You can also check out this technical study that shows how SABER Professional performed against a competitor’s oil in ECHO string trimmers.