It is common knowledge that, at some point, motor oil must be changed. It’s something that is preached relentlessly to... 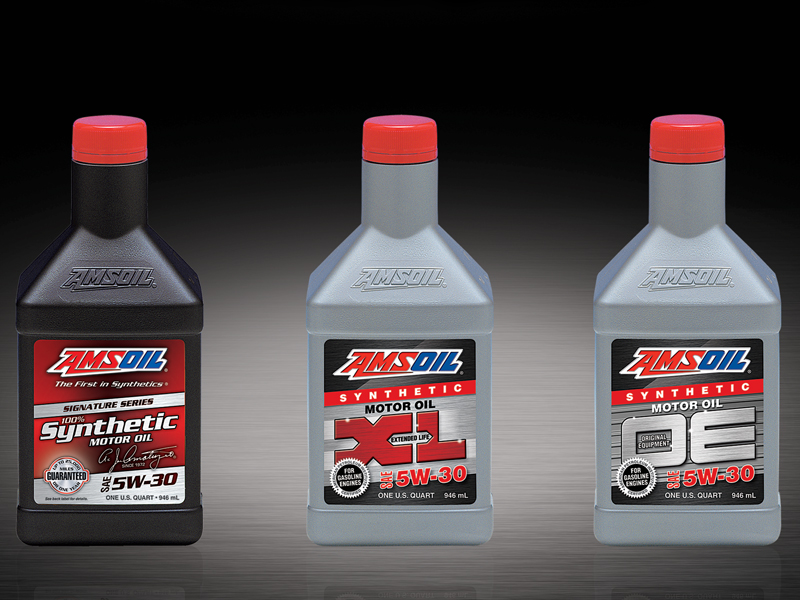 It is common knowledge that, at some point, motor oil must be changed. It’s something that is preached relentlessly to vehicle owners by vehicle manufacturers, quick lubes and oil companies. But consumers are widely unaware of what exactly makes oil changes necessary.

Many factors contribute to a motor oil’s demise, but it is essentially the accumulation of contaminants and chemical changes in the motor oil that make it unfit for further service. With time, it is inevitable that the oil will be contaminated by dirt or sludge, or succumb to the extreme pressures or temperatures found inside an engine. AMSOIL synthetic motor oils are formulated with the industry’s most advanced synthetic base stocks and additive packages to combat the forces that deteriorate conventional oils.

Today’s engines are running hotter than ever. More horsepower, turbochargers and aerodynamic styling have created extremely hot environments that receive less cooling from outside air. High heat leads to oil oxidation, deposits and thickening in conventional oils. Because they are made from impure, irregular molecules, conventional motor oils are more susceptible to the effects of heat. The small, light molecules in conventional oil tend to evaporate as the oil is heated, leaving large, heavy molecules behind and leading to oil consumption and an increase in the oil’s viscosity. If those large, heavy molecules are chemically unstable, they may also break down and form deposits on component surfaces, further inhibiting the release of heat into the oil stream.

Even in relatively mild temperatures, oxygen works to break down some of the chemicals in conventional lubricants. The extreme heat in engines actually promotes oxidation. When conventional oil contaminants break down, they coat components with varnish, deposits and sludge and leave the lubricant thick, hard-to-pump and with very poor heat transfer ability.

Cold temperatures cause oil to thicken. Conventional lubricants contain paraffins which cause them to thicken in cold temperatures as the paraffin gels. At startup, this can leave working parts unprotected for as long as five minutes while the oil warms to a temperature that allows it to flow.

Dust and dirt from the air enter the engine through faulty air cleaners, some oil-fill caps and crankcase ventilation systems. Normal engine wear produces small metal particles that are picked up and circulated by the oil. The abrasive particles of road dust and dirt increase the rate of wear and generate larger metal particles. Those particles are equally abrasive and the rate of wear accelerates with a snowball effect. While filtration removes most of these contaminants, some remain and are left to circulate with the oil.

Combustion produces several byproducts that also act as contaminants. Water and acids lead to sludge, rust and corrosion. Soot and carbon create sludge and varnish and can clog filters. Unburned fuel in liquid form is deposited on cylinder walls where it leaks past the rings into the crankcase. Sludge deposits collect on oil pump screens, limiting the flow of oil to vital engine parts and resulting in rapid and destructive wear. When oil becomes contaminated, its viscosity changes. With soot, dirt, oxidation or sludge, viscosity increases; with fuel dilution it decreases

Engines create a great deal of internal pressure. Extreme pressure can result in boundary lubrication which breaks the oil film between moving parts. Movement inside the engine agitates the fluid, trapping air and forming bubbles or foam. Because air is compressible, the ability of the fluid film to prevent contact is reduced. And because the mixed air contains oxygen, it promotes oil oxidation.

Careful research and experimentation led lubricant manufacturers to specific chemicals that combat various problems faced by motor oils. These chemical additives are added to base oils as a package. Typical additive packages can include rust and corrosion inhibitors, detergents, dispersants, antifoaming agents, oxidation inhibitors, extreme pressure additives and viscosity index improvers. Each additive is designed to aid the base oil in the protection of components, but additives have their limitations.

While these additives are created to perform specific tasks, they are also subjected to the same extreme environment experienced by the base oil, and each additive is affected by different variables in different ways. For example, viscosity index improvers are used to reduce the thinning effects caused by operation at elevated temperatures. They are the key components that allow for the production of multigrade oils. However, the long molecules in viscosity index improvers are subject to shearing in service, which reduces their ability to minimize fluid viscosity loss. Permanent shearing of viscosity index improvers can result in piston ring sticking due to deposit formation, increased oil consumption and accelerated equipment wear.

It’s All in the Molecules

Conventional lubricants are made from refined petroleum, a naturally occurring and impure substance. The varied and non-uniform size and shape of the molecules that make up conventional oils lend themselves to contamination. They cannot withstand extreme heat or cold, and they burn off and succumb to oxidation, leading to the development of deposits and component wear.

Because they are derived from pure chemicals, synthetic lubricants contain no unnecessary molecules. Their smooth lubricating molecules slip easily across one another, improving the lube’s ability to reduce friction, which in turn improves wear control, heat control and fuel efficiency. In addition, uniformly sized synthetic lubricant molecules resist thinning in heat and thickening in cold, decreasing the need for viscosity index improvers and increasing the lube’s ability to maintain its viscosity.

The Choice is Clear

When AMSOIL synthetic motor oil was introduced in 1972 it was ahead of its time. Today, engine designers have goals of increased fuel economy, reduced exhaust emissions, more performance out of smaller engines and greater durability, increasing the demands placed on motor oils and requiring continuous upgrades. AMSOIL remains at the forefront of the motor oil market by continuing to provide oils that are ahead of their time. No other motor oil is guaranteed for 25,000 miles or one year in normal service, and no other motor oil can match the performance and protection provided by AMSOIL synthetic motor oils.